There is clearly a desire among us to see how far ChatBots are able to go. That great vision goes as far as replacing applications completely, making the visual user interface change to conversational again.

However, not all countries follow this goal at the same speed, but after the WeChat application was launched in China, it has not stopped growing to the point that more than 90% of this country's population use regularly on your devices. Making the platform one of the best marketing channels for that country.

ChatBots for WeChat have evolved exponentially in this place, much more than in the rest of the world and we'll talk about this next. 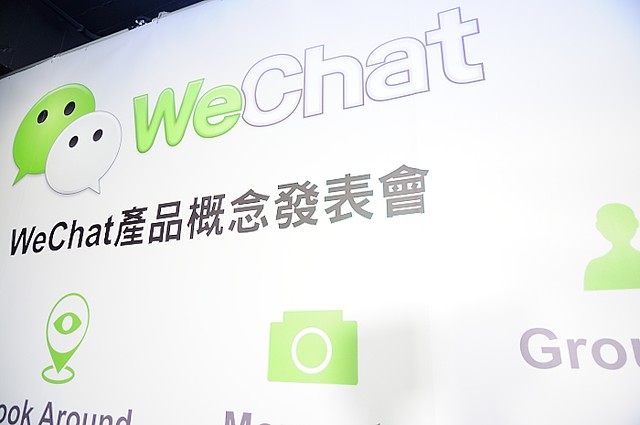 Since the launch of the application in 2011, WeChat has conquered the chinese user base who demonstrate unwavering loyalty for that app. Also, WeChat is a very successful social media platform in its own right.

In 3Q2016, WeChat's monthly active user base in China totaled 706.7 million, 93% of the company's global users. China's smartphone population exceeded 700 million users in 2018 and more than 70% of those people use WeChat. That compares favorably with the 67% Facebook penetration rate for all US Internet users.

Through its platform, WeChat has facilitated the creation of very simple ChatBots that are not really very intelligent. This has become one of the preferred ways for customer service to reduce the work they do interacting with customers online. This has its implications, but it does not mean that you cannot build a highly intelligent chatbot in WeChat.

There are two types of ChatBots: subscription accounts and customer service accounts.

The main users of the subscription accounts are content publishers. Subscribers to these accounts automatically receive a list of recently published articles. This usually happens once a day. Users touch an article and see it in a built-in WeChat browser. These accounts are excellent for people who want to track a brand or some other type of influencer on WeChat.

For companies, this creates a treasure trove of data such as "how many users saw a particular item." This allows entrepreneurs and brands to draw conclusions about what content their target audience would like to see.

Through A / B tests, marketing specialists can identify ways to structure it effectively and in what format to design their next campaign.

Customer service for brands and companies registered with WeChat use their service accounts to interact with their customers in the application. Fashion brands, airlines, restaurants, hotels and e-commerce stores often use ChatBots for online interactions.

In the WeChat service accounts, users can send all kinds of messages (information about the latest promotions and events, as well as the location of the closest restaurants and updates on air fares for example). In addition to simple interactions of subscription accounts, consumers can be involved in more complex conversations with bots.

However, developers and brands recognize that currently, their bots are unable to handle all types of customer requests. As a result, these accounts must also be staffed by human employees.

Examples and use cases

Not all WeChat ChatBots are simple. Some of them are capable of conducting long and sophisticated conversations and have different personalities. Microsoft developed a ChatBot called Xiaoice (in Chinese, 微软 小冰 or "Little Ice"). It was introduced exclusively for mandarin-speaking users in China.

Microsoft's Xiaoice has a distinct personality that was developed by systematically extracting the Internet for human conversations on Chinese social networks. This ChatBot is so successful that it went viral in a few days and, of course, attracted a lot of attention. Now it has more than 40 million users in China and Japan.

Users say that Xiaoice has a beautiful voice that stimulates and arouses a multitude of positive emotions. The ChatBot can adapt its wording according to the positive or negative signals of the user's queries. It was programmed in such a way that avoids saying certain sensitive words that can be censored in WeChat.

For people with emotional issues and who have the need to talk about their problems, ChatBots can be an ear for them and can offer them peace of mind when necessary. Perhaps exactly for this reason, Xiaoice became a great conversation partner for many users, as some people are naturally more anxious and ready to trust machines than other human beings.

However, despite XiaoIce's great popularity in WeChat, all conversations with this ChatBot are mainly conducted for experimentation and entertainment.

WeChat is installed on almost all smartphones in China, and the Chinese are completely immersed in the world of virtual communication and technological development. With each new version, the application's functionality is improving, and ChatBots are transforming customer interactions, taking them to a more sophisticated level.

WeChat users already understand that chatbots can not only have a pleasant and fruitful conversation with them, but also offer solid and useful advice. Companies that have official WeChat account know that chatbots help them scale their customer service teams more efficiently and allow them to respond to a greater number of inquiries, which fits very well in their business models.

We hope that in the near future, for individuals, WeChat chatbots will move further from novelty and entertainment objects to ubiquity. For companies, chatbots will also be the mainstream, evolving towards a fundamental part of their business and towards a critical audience retention tool.